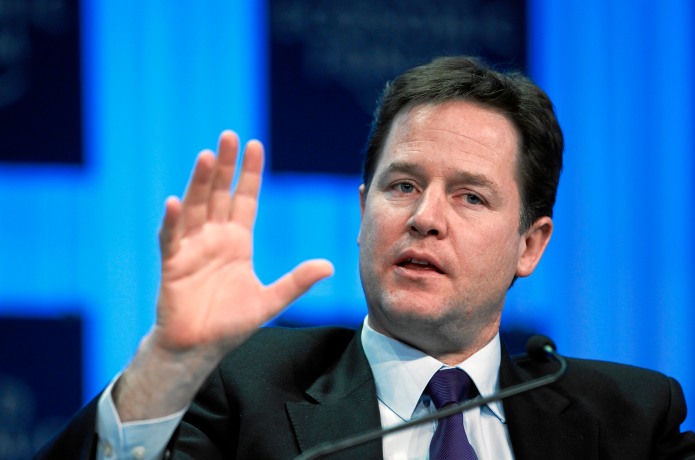 The Lib Dems cast a sigh of relief after the most recent local election results. Granted, they had managed to lose 134 councillors across England, but the party was sincere in its subsequent message to the media. “Where we have MPs and Liberal Democrats out on the doorstep, we’re holding our own, and in some areas even making gains”, Nick Clegg told Channel 4 News.

First of all, that analysis is rather flimsy. In Steven Williams’ Bristol seat, there was a net loss of 9 Lib Dem councillors, whilst in traditionally Liberal areas such as Hadleigh in Suffolk, their vote collapsed after decades in control.

But the most concerning statistic for Lib Dem HQ must be that the strong party base referred to by Mr Clegg has been eroding rather rapidly in recent years. According to the Electoral Commission there has been a massive drop in membership between 2010 and 2013 – approximately a third have been lost. The current figure of 42,000 is a far cry from the party’s height during the Iraq insurgency, where Lib Dems could count over 73,000 members.

Looking towards 2015, things seem increasingly bleak for the party. Even if the remaining base is active in current constituencies, chances are this will have little effect. Lib Dem strong seats after all, aren’t that strong. Where the party hold MPs, frequently a mighty challenge is posed in the form of Labour or the Conservatives. This is compounded by a relative lack of Liberal seats where both these two have a strong presence, giving little hope in holding on in the face of a split local opposition.

The recent by-election in Eastleigh offered a sample of this. Labour were largely out of play following a steady decline in the area for years. The Conservatives have offered the only credible alternative since losing the seat in 1994. But the surprising surge for UKIP split the vote and helped the party hold the seat.  Eastleigh was won not by a strong local presence, but by a weakened and fragmented opposition.

Unfortunately, history isn’t on the party’s side when it comes to safe seats. The only areas Lib Dems can consistently hold are in the Celtic Fringe. The 2011 Scottish elections saw nine MSPs lose their constituency seats, leaving only two left – one on Orkney and one on Shetland. A return to the dark days of the mid-20th century where all Liberal MPs could fit inside a single black cab isn’t comforting.

But it’s not all grim reading for the party. What they have on their side is unity, or at least the appearance of it.

Unlike the constant leadership murmurings Cameron faces, little has been reported on Lib Dem rifts. That’s largely because there’s also no obvious challenger to Nick Clegg. Well-liked Vince Cable is loyal to Clegg and has previously been reluctant to lead the party, whilst his age is likely to bring back memories of Sir Menzies Campbell’s ill-fated stab. Charles Kennedy has been making noise recently, but has few fans inside the parliamentary contingent, whilst the most promising previous candidate, Chris Huhne, has been marred in scandal.

A split within the party should be avoided at all costs. The lessons of the historic Liberal Party serve that suggestion well, as their post World War I divide sent the party spiralling towards demise.

Interestingly, one thing Liberal Democrats should look out for later this year is the German federal election. The German Liberals (FDP), are part of a coalition with Angela Merkel’s Conservatives (CDU) after a strong third place result in 2009, but their support has completely slipped away. All but wiped out during midterms and falling behind both Greens and the far-left, they look likely to finish fifth with a loss of around 10 percentage points. The reason? Bickering and internal power struggles. The results will bookend a ready-made guide for British Liberals to avoid.

The party should brace themselves for a bad result in 2015, but internal disagreements will only serve to hasten the decline. With a strong cohesive message, the party can avoid the black cab.

Coincidently, that 1994 by-election returning a Liberal Democrat in traditionally Conservative Eastleigh, also witnessed a certain Nigel Farage run under the UKIP banner for the first time. Not that UKIP provided any significant challenge back then, but Mr Clegg will be hoping such a fruitful outcome will arise once more.